The window that pops up to rename a channel or service may seem complicated at first, this quick guide will show you how this works using your remote:

Once you see this screen like below (Name will vary e.g. FOUR, New Satellite etc...) then move to Step One 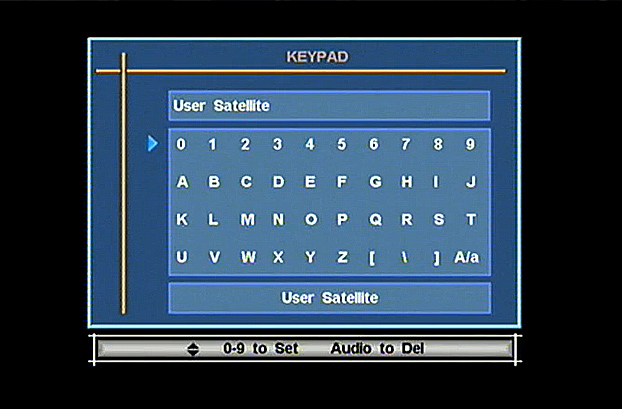 Tip: To delete a letter/number just press the Audio button on the remote

The red box indicated on the below screenshot shows the blue arrow's selection of the row, you can adjust where the blue arrow goes by toggling the Up and Down buttons on your remote. If you want to get a certain letter in a row (for example P) then you ensure the blue arrow is on the same row as P and you need to push the number in which the letter falls under in the column, for example you will need to push 5 to get the P and so on.

After you have renamed your channel, Press ok on your remote to save and exit.

Made a mistake? Press the AUDIO Button on the remote to delete.

Have to sign in every time we use Freeview