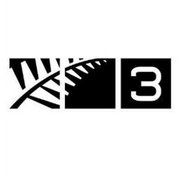 Export to Outlook or iCal (.ics)

Mediaworks (The broadcaster that owns TV3 and Bravo) will be decommissioning some TV3 feeds which are tailored to different regions across New Zealand.

TV3 are now going to use a single Auckland feed for all viewers to reduce costs and to help open up bandwidth on the Satellite platform.

This change will affect those who are Freeview Satellite viewers who have set their device region to anywhere outside Auckland & Northland. There is no Impact for Freeview HD viewers who receive Freeview via an UHF aerial.

If you see a message on your TV3 channel advising you to update to the new TV3 feed then you might need to update the software for your device.

Unapproved models will be impacted more than approved devices, you will need to reallocate TV3 and replace it with the one that has the static message.

An alternative to all the instructions that say to factory reset is to rescan.  Factory resetting will clear all your scheduled recording.

Rescanning worked for us.